'You can explain it properly, I was a nurse in Afghanistan’

This year I’ve been to Paris twice to volunteer with an organisation called MARDi - Medical Aid for Refugees and Displaced people. I’ve wanted to use my medical skills in a positive way for those who need it and I care about refugee causes. I cannot imagine what it’s like to leave your country of origin because you no longer feel safe and then have nowhere to go.

I found MARDi through a group called Indigo Volunteers who match people who want to volunteer with suitable groups, and I found Indigo through Choose Love who do amazing work highlighting refugee causes (and make amazing t-shirts and sweatshirts!) 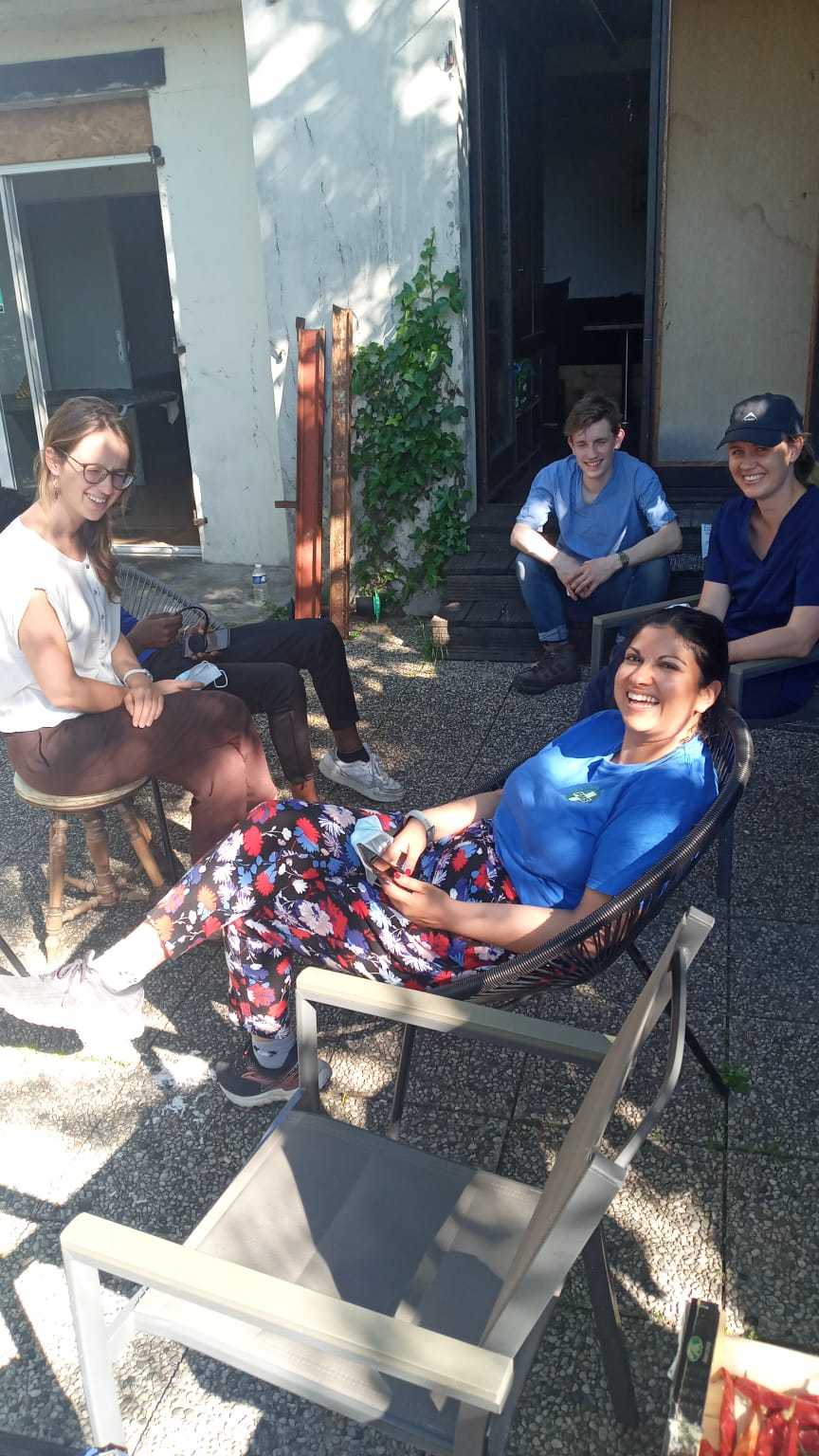 I turned up in Paris in June, barely out of lockdown and nervous as I was the most senior person on the team. Firstly everyone I met was so helpful, from Cati and Rudi of Chaubertin who’ve been keeping the Paris headquarters in their home as the official headquarters got damaged in a fire, so have people come in daily to their home and they’re so patient and welcoming, to a Harriet who is a doctor and the cofounder of the charity who did my welcome brief, to the other medics I was working with.

Those of you who know me, know I am not that into hierarchy. So working with a team of 3 more junior doctors and a physio was not daunting for me. In fact, I said repeatedly to the others, that they were so much better than I was at their stage as all I ever cared about was fun things then!! I actually learned from them, how they went out of their way to talk to the refugees we were treating and make them feel heard and seen, something that often gets forgotten in modern medicine when we’re so busy.

The translators were a Godsend, and I couldn’t do my job without them. Ahmed* is a former refugee from Afghanistan, as is Shahid* who has been displaced since he was 16, he’s 23 now and spent 5 years in Germany on the way. They enjoy giving back to others despite what they’ve been through and are still going through. Zakir speaks 5 languages and is super funny, Nadia is from Canada and is fluent in French and I spent a nice time teaching her how to take a consultation (seeing she translates it makes sense for her to also know why we ask things!)

So our job consisted of packing the clinic kit in the morning from the warehouse then travelling to where we were holding clinic that day. It could be a hotel where the displaced people are residing, for a while it was an Events Centre which wasn’t being used due to events being cancelled in the pandemic, sometimes a squat in a disused building and sometimes in a park or tents under a bridge in a street camp. I struggled to remember my rusty GCSE French and our translators helped with the many other languages spoken by these refugee communities.

We were trying to explain something to an Afghan man about back pain in simplified terms and he said ‘you can explain it properly, I am a nurse’. How humbling to hear this and a strong reminder not to make assumptions about the people being treated. Many people living in the camps are more educated, qualified and lived fuller lives than us in their home countries before war or some other force displaced them to this tent which they now survive in.

Seeing a man with significant difficulty in breathing, it seemed like a pneumonia and so we got him to hospital ASAP… and it was. So glad we were there to intervene before it got worse but so worrying to think that someone else might not come across someone able to help.

A suicidal man who was haunted by the things he’d seen. Zakir our translator agreed to take him to the mental health hospital and asked if he could take one of the doctors who spoke French and was white as it held more ground…..this is the harsh reality of how refugees are often not seen. It worked and the man was admitted and treated.

Playing with a 2 year old girl in the camps. She was just like my nephew, liked to play the same games and draw on my hands! Her parents may have been through hell to get to France, but she was safe, happy, surrounded by ‘uncles and aunties’ who looked after her too and I could see she definitely felt loved.

What I have learned about myself through this:

Where you are born is a matter of luck and privilege. Everyone I met was so grateful for help, the people in the camps cooked for us one day to make us feel welcome and just treating someone like a fellow human being goes a long way. We can all do something small to help if we want to, and we are more similar than different. I am so privileged to have the life I lead, and my education and medical skills and it is only right for me I use it to help others. 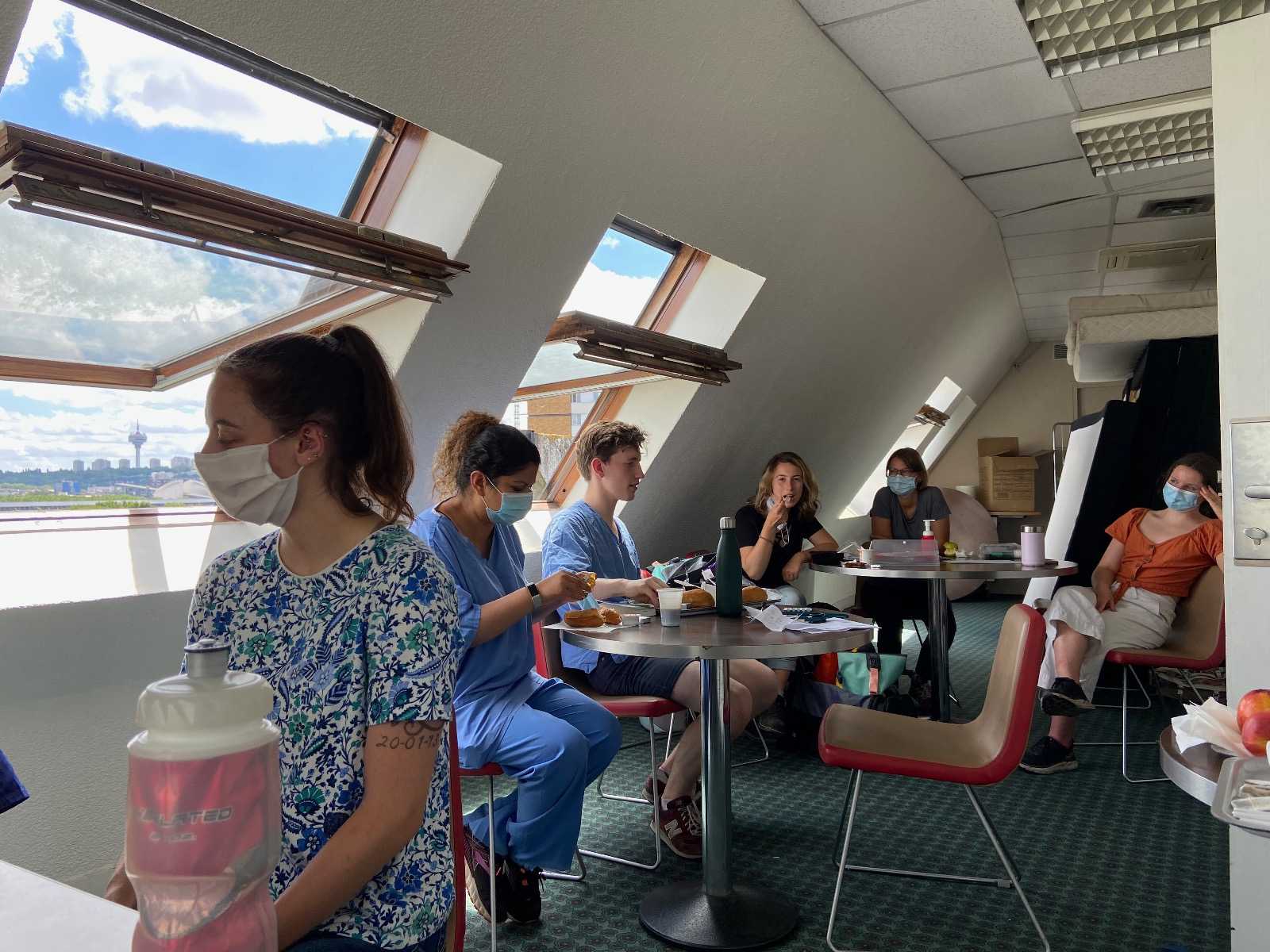 If you feel able to donate to help us fund our new warehouse and medical supplies please donate via the Get Involved page, if you would like to volunteer with us email info@mardi.org.uk