Rob is a MARDi clinic coordinator. His experience in logistics and work in resource-poor settings has helped him manage the clinic for the past few months ensuring everything runs smoothly so the medical volunteers can focus on treating the residents of the Paris Refugee Camps.

Today we’re at one of the temporary accommodation hotels which we visit each week. This one has been set up for around 350 refugees. Social workers are on hand to encourage people to come over and we see 25 people. Our team today includes four doctors, a physiotherapist and a medical student to assist. We see a variety of problems including muscle and joints complaints, scabies, headaches, coughs and colds. Ahmad, our translator extraordinaire has most languages covered - Pashto, Dari, Arabic and French are the most spoken today and fortunately he speaks all of them, and more! 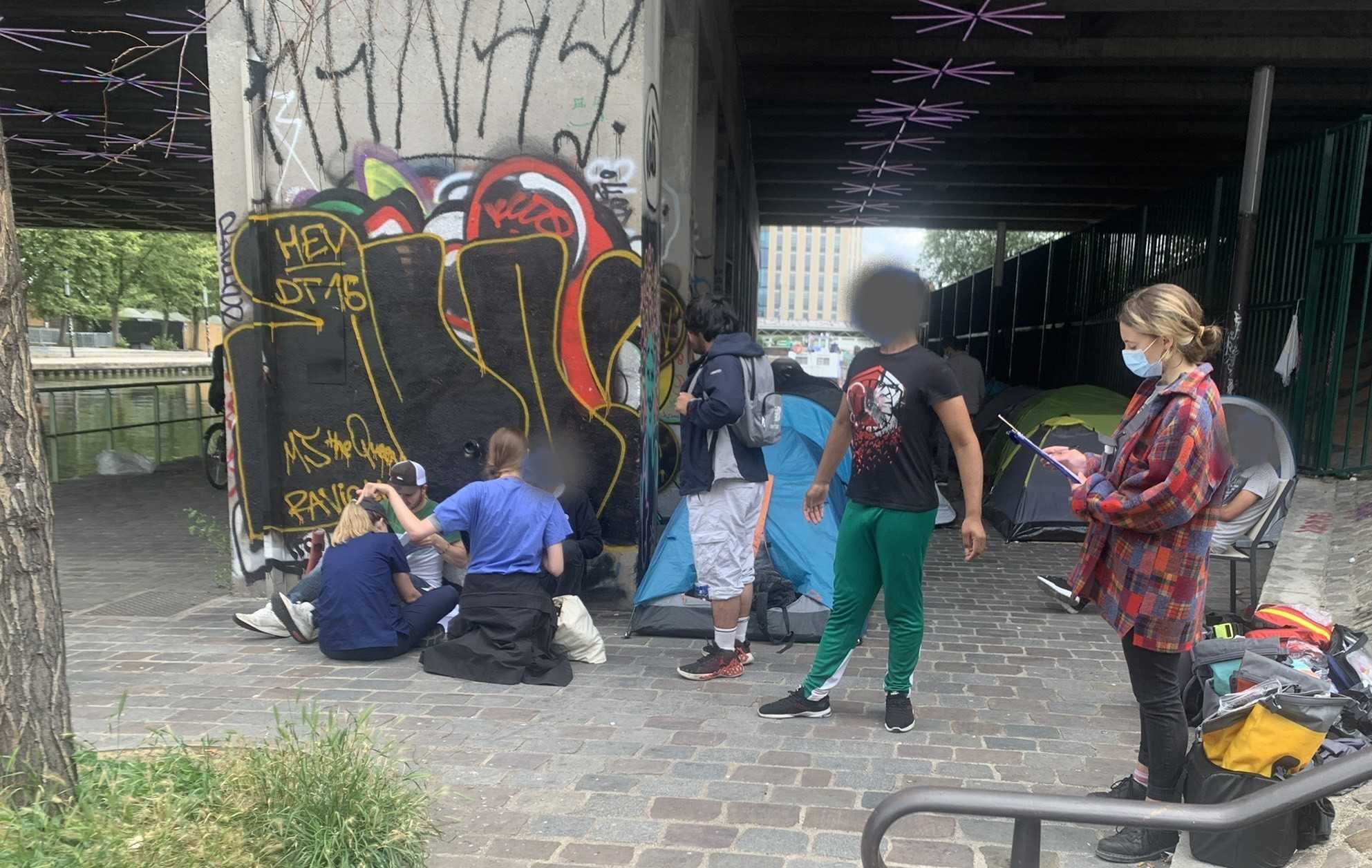 Sunday sees us outside all day, spending time at a street camp in the morning and a meeting point for one-night accommodation in the afternoon. The group of tents canal side have been growing in number since the police came a couple of weeks ago and cleared everyone away. There are around 60 people here, largely new arrivals in Paris. Some have only recently arrived in Europe so along with medical support, we can also share information with them on how to access other services via the Watizat guide which is a great resource and is updated every month. In the afternoon we head to the housing meeting point, where food and clothes tend to be distributed. We’re able to speak with a further 26 people before we drop the bags back off at the warehouse and head over to a fundraising party at a squat in St Denis. There’s dancing to the Afghan and Sudanese bands, a photo exhibition and tasty food. The Italians winning the football sends the room into raptures and an Afghan take on the Italian classic, Bella Ciao.

We’re in St Denis today. The first stop is at a squat of around 300 people, mostly from Sudan. We’re accompanied by Saeed and Hafsa, who speak French, English and Arabic and do invaluable work with both translation and providing firsthand knowledge of the complexities of the French healthcare system and the support (or lack thereof) available to refugees. It’s a busy day as we see over forty people in under four hours. Again, it’s a broad range of problems with plenty of skin conditions, a few gastro problems and lots of coughs and colds. The second stop for the day is round the corner at a much smaller squat of people mostly from Afghanistan. It’s just a couple of reviews here, which take place over tea courtesy of our Afghan hosts. Some of the team attend to a small group of people staying in tents nearby and help coordinate a delivery of clothes and shoes with the organisation Chaubertin. 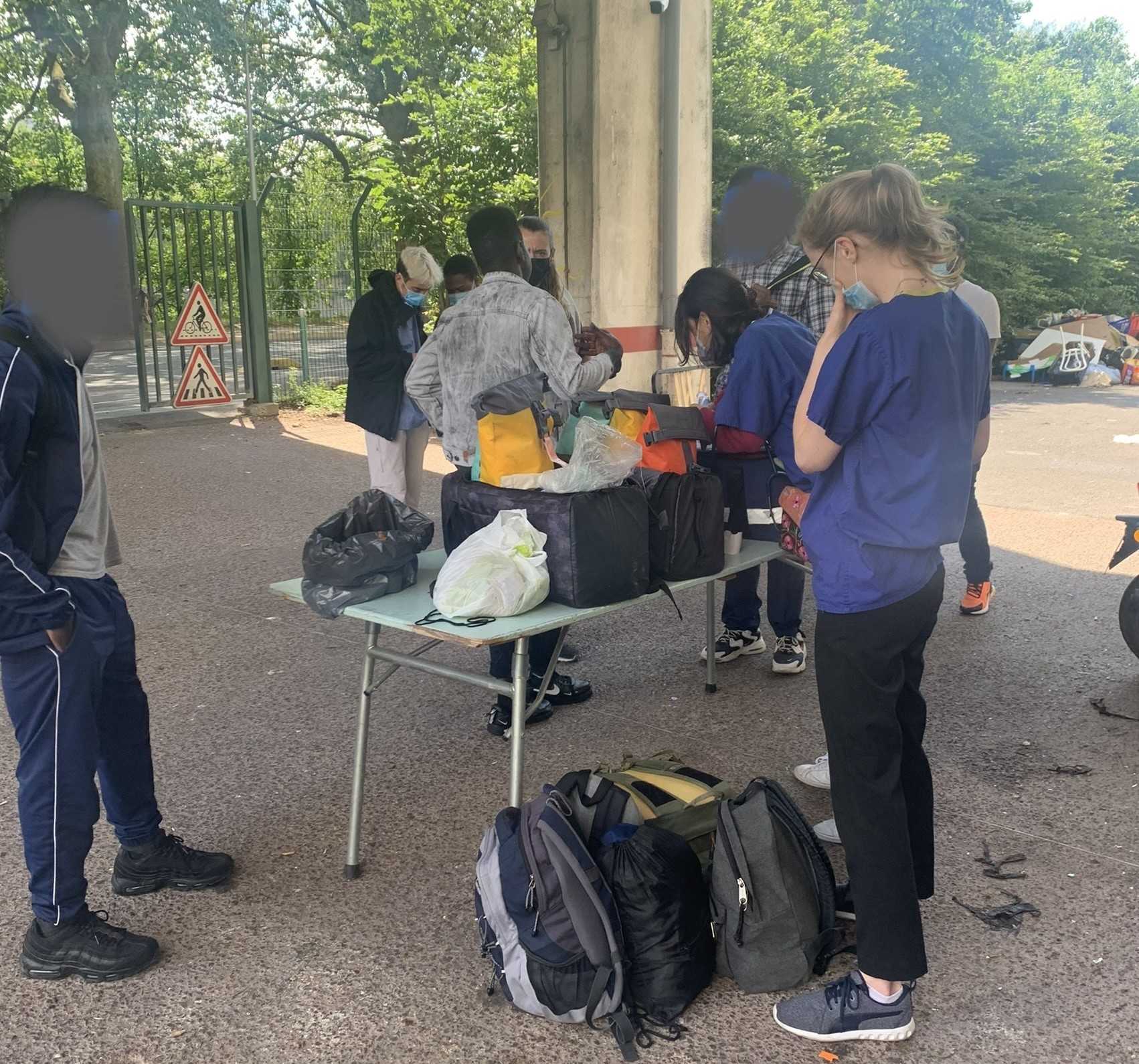 It’s the last day of the week and it’s another day with two stops. We’re at a squat in St Denis in the morning before moving over to another temporary accommodation hotel for the afternoon. It’s raining and there aren’t many people about so we see only a few of the occupants of this squat before heading over to the hotel. As the hotel accommodates families, we see children as well as adults. The Tajimly app for translators over the phone comes in handy, as we’ve had people from Bangladesh and Eastern Europe as well as the Arabic, Pashto and Dari speakers we more commonly work with. We see another ten people before heading back to the warehouse to restock the bags and that’s us done for the week!

It’s the MARDi weekend! Bastille Day celebrations and a well-earned rest for the team. 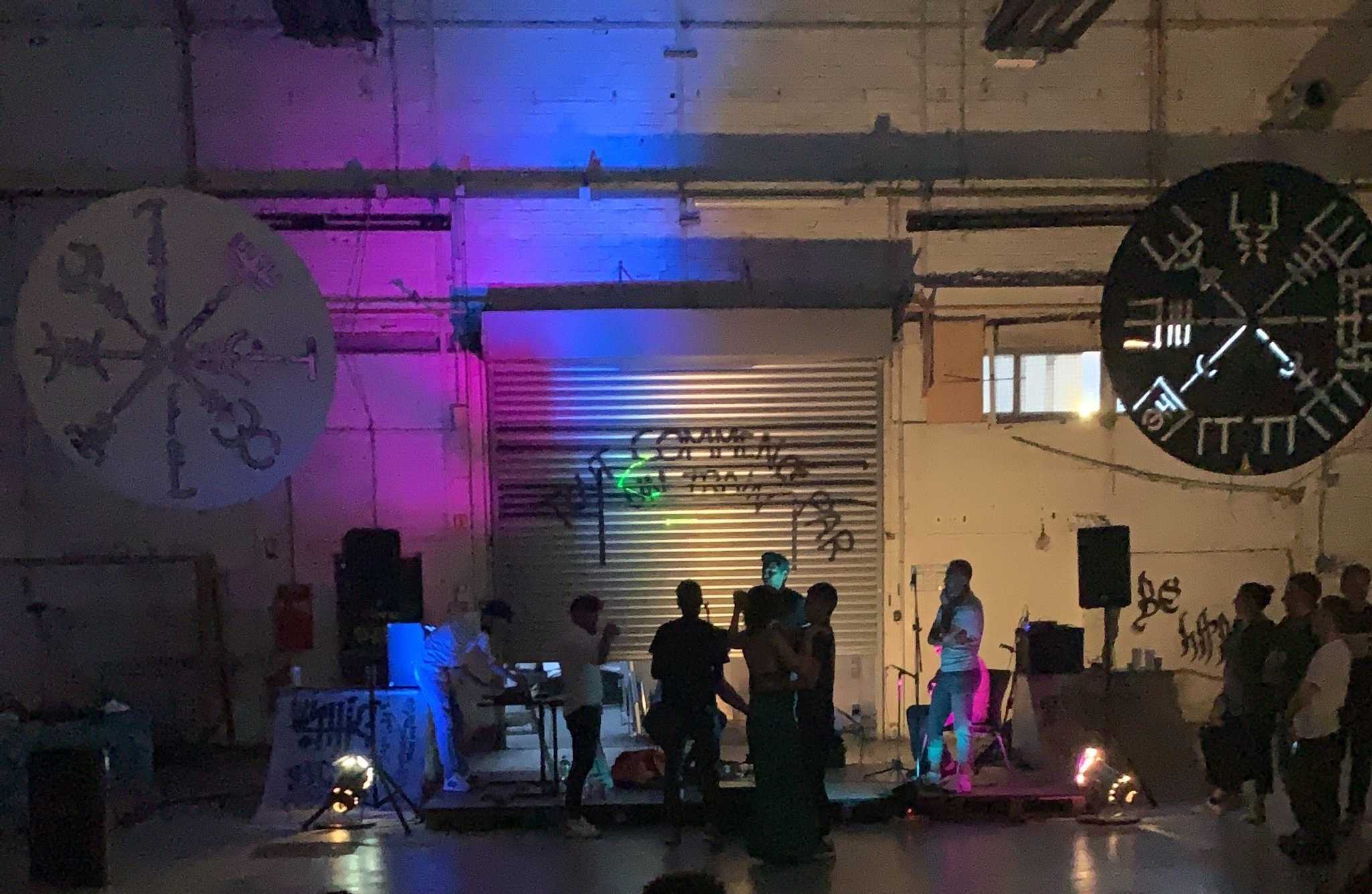