My first time working with MARDi was in 2019 as a very naïve paramedic student from the UK. I had never been involved in any humanitarian work before and had little knowledge of the mass scale of the refugee crisis in Europe. 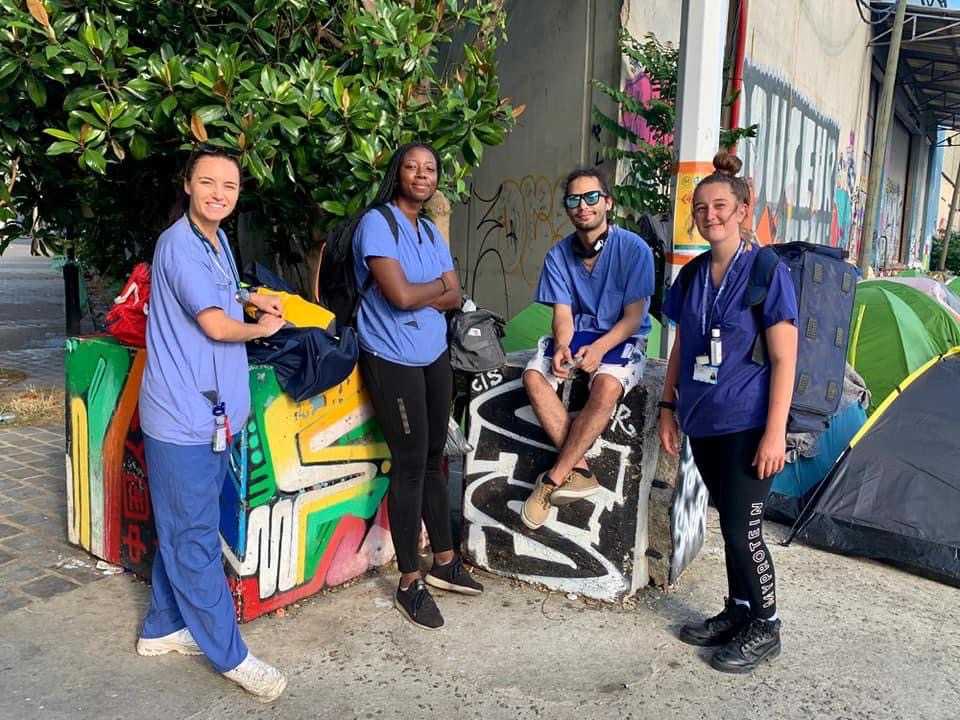 I had no idea what to expect. I can vividly remember the surreal feeling of walking a few steps from a well-developed tourist street to reach a motorway bridge full of tents and hundreds of people who now resided here.

I was very quickly exposed to the circumstances that thousands of individuals across Europe are subject to, and it consistently shocked me that what I was seeing in Paris was just a small snapshot of a worldwide crisis.

Despite all of this, I was more surprised to experience the sense of community and hope within the camps. I found solace in the fact that what could have been a distressing and saddening experience, was often full of laughter and happy moments. The camps residents are incredibly generous, and many lunchtimes were spent sharing meals cooked over a fire using minimal utensils. It was incredibly humbling that those who have the least money, food and resources were the most giving and generous individuals I have ever come across. I often reflect on the fond memories of sitting around the camps drinking coffee and eating new (and incredibly spicy) foods, laughing about my poor attempts at speaking French, Pashto and Arabic. One phrase I have managed to retain is ‘inshallah’, an Arabic term that refers to having hope for better things in the future. This was positively spoken by many hopeful refugees amongst the camps.

Every second of working in the camps was an emotional rollercoaster, in some ways more subtle than others. Of course, it’s distressing to hear about the trauma and war that people have faced but, many times what would shock me more was the everyday struggles. Just one example of many is the difficulty in claiming asylum when someone enters France as a refugee. To begin the process, a telephone number is provided which the individual claiming asylum must call to make an appointment. Sounds simple enough. Now add in the language barrier, the need for access to a charged mobile phone, and things start getting a little more difficult. Then factor in the fact that these calls are charged at an extortionate rate, and it is near impossible to get through as the phones always ring busy. Many spend hours and hours every day calling the same number, using every penny they have scraped together, to never actually get an answer. All of this, just to start a process which often takes years. Just to claim the right to documentation, the right to work, the right to simply be recognised as an individual who has human rights.

"Because if you’re not fortunate enough to be born in a country that’s safe to live in, you have to jump through hoops just to survive."

Ten months passed and I returned to Paris as a qualified UK paramedic to work as a MARDI team leader. The UK had just come out of its first lockdown and Paris was also returning to a semi-normal pre-COVID state. The pandemic had clearly shed some light on the situation amongst the camps, as many of the refugees were taken off the streets and accommodated during lockdown. It would seem it’s hard to see 4000 people living on the streets of a busy city until everybody else goes inside.

As the city became busy again, new camps had started to emerge. We were now faced with the challenge of finding the new locations to provide medical aid to those living on them. As well as the implications of a contagious virus on the loose. We could provide PPE and medical aid as best we could but, many of the new camps had no running water, tents had been taken and destroyed, and social distancing was impossible. Many refugees were using the contaminated river to wash. Fresh water and soap were distributed every day by volunteers to provide a clean washing station amongst the camps. 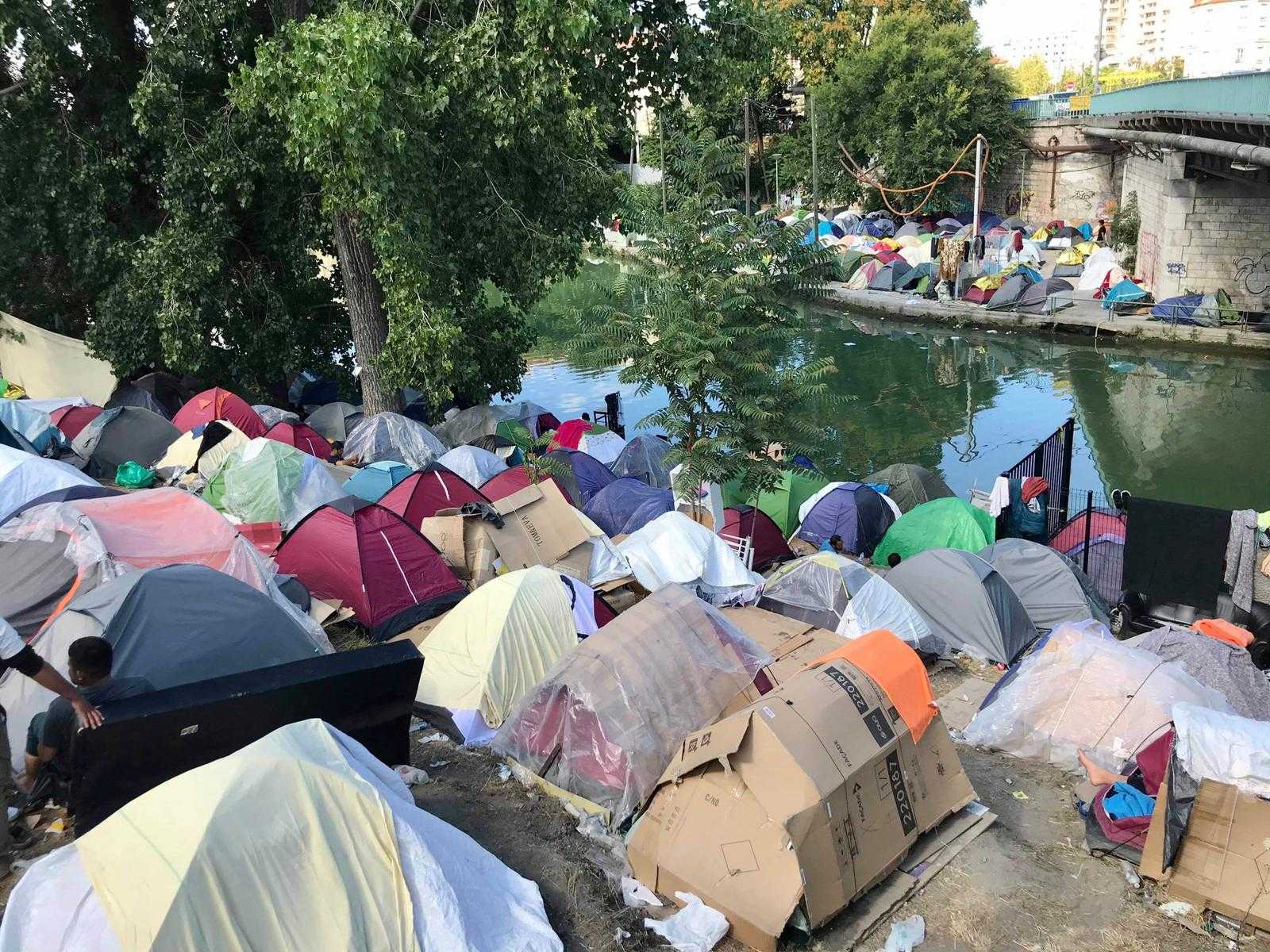 We spent the days walking around the city, finding people who needed help and doing the best we could to provide it for them. This ranged from medical care like treating wounds, providing PPE, signposting to local organisations that provide food, shelter and legal advice or sometimes just being a friendly face to talk too. Some didn’t need our help but would always approach us when we entered the camp. They would accompany us and offer to help to carry our bags full of medical supplies, finding pleasure in small talk and light-hearted conversations that most people take for granted as they go about their daily lives. Other people were more apprehensive about our presence, many of the camps were along a river where Parisians pass through on their daily commutes. Despite the surroundings, the camp residents had made that place a home. Where they and their families lived and kept their few personal belongings, it is understandable that for some it could take time to warm to us intruding to offer aid.

I was surprised to see a few friendly faces that I’d already met on my first visit to Paris ten months earlier. Initially it would be a pleasant surprise to recognise some of the refugees. I consider many of them to be friends, however it is hard to stay in contact with someone who is constantly moving around with their belongings often having to be left behind or destroyed by French police during evacuations. Those friendly faces had dampened spirits. The upbeat, hopeful individuals who I had met ten months earlier were still in the same situation, with no hope of getting out anytime soon.

This cycle of inhumane treatment of human beings has not changed since my first exposure over a year ago. I regularly think back to the people I have met during my time working with MARDi. I have so many fond memories and conversations to reflect on, dulled by the fear that some of the individuals I met will still be stuck in the same situation. I hope that one day we will not need organisations like MARDi to protect thousands of individuals’ human rights. 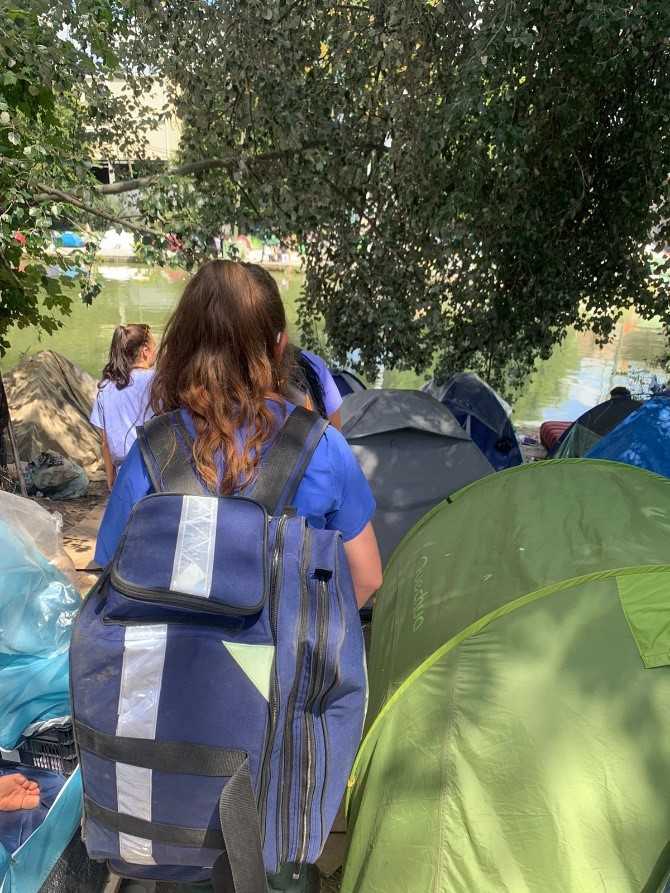